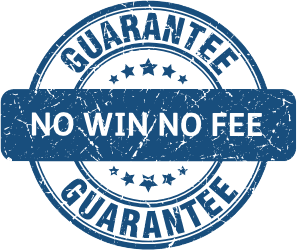 The New South Wales offices of Turner Freeman have collected family provision for our clients on average over the last two years of $8.8 million per year, a success that is unrivalled.

Since 1952 our team has achieved countless victories for our clients. Below are some of our client victories. If you have any questions about our past victories or want to know how we can help you, please get in touch with us.

GET A FREE ADVICE TODAY

There was a long history of estrangement, initiated by the younger son which included a denial of access by his mother to her grandchildren.

The younger son brought a claim for family provision.

His financial affairs were analysed by us and our client, and evidence was lead at the trial that the younger son had very little need for provision from his late mother’s estate, as his financial position was such that his alleged need for provision was caused by his own profligacy, and in particular, continually borrowing money from banks, and then spending the money on expensive family holidays.

Objective evidence of the estrangement was obtained including the evidence from two of the deceased’s close friends who verified the behaviour of the younger son towards his mother.

The younger son received a very small award of provision from his late mother’s estate.

The will was effectively successfully defended and the mother’s testamentary intentions held to be valid and well thought out, based on fact, and taken into account by the trial Judge, with the trial judge exercising his discretion to only award a small amount.

Successfully Contesting A Will

There can be many reasons why someone would want to contest a Will. Below is a summary of a matter where we successfully contested a Will on behalf of our client made by his late mother.

The deceased died on 17 November 2008 leaving a Will dated 26 April 2001 appointing one of her sons, (“Keith”), and her daughter-in-law (“Margaret”) as her Executors and beneficiaries. Keith died in 2005 and Margaret died in 2011. There was evidence that the 2001 Will was not a valid Will as the deceased lacked the testamentary capacity at the time of its creation.

There also existed a 1997 Will appointing the NSW Trustee & Guardian as Executor and naming the client, the surviving son of the deceased, and Keith as her main beneficiaries. When we were approached by our client no one had filed for Probate, despite more than 4 years having passed since the death of the deceased and there being an Estate worth approximately $300,000. Before her death, Keith and Margaret had been living with the deceased for many years until she was admitted to a nursing home September 2001 due to dementia.

Before her admission, however, our client stated that he first noticed problems with his mother’s state of mind in 1999, and provided a copy of a medical report which indicated that he diagnosed the deceased with mild to moderate dementia three months after 2001 Will was made. There was also evidence that Keith and Margaret were con artists, and had previously taken advantage of the deceased. Our client stated that his mother had expressed to him her dislike of Margaret and that he found it difficult to believe that she would have specifically named Margaret in her Will as an Executrix or beneficiary.

In 1997 the deceased asked our client to take her to the Public Trustee to make a Will. Our client said she told him that she intended to leave her estate to himself and Keith equally. This conversation also led the client to believe that the 2001 Will did not contain the deceased’s intentions. Because the Trustee & Guardian had failed to take any action on the 1997 Will despite multiple requests and queries by our client, we applied for our client to be appointed as the Administrator of his late mother’s Estate under the 1997 Will, which we asserted was the last valid Will made by the deceased and provided relevant evidence. We put the Trustee & Guardian on notice of this, as well as the potential beneficiaries of the 2001 Will in case they wanted to provide evidence to the contrary in support of the 2001 Will. The Supreme Court made orders appointing our client as Administrator of his late mother’s 1997 Will and sent the matter back to the Registrar for Letters of Administration to be granted in solemn form.

This case is in relation to an application for a Family Provision Claim under the Estate of the deceased who died aged 77 years. The deceased was survived by his widow, who was his wife, the defendant, his son from a previous marriage, the plaintiff, and a daughter who did not bring a claim. Turner Freeman acted for the son.

Under his Will, the deceased named his wife executor and sole beneficiary of his estate and did not leave any provision for his son.

The son was 47, single, living in Housing Commission and received a disability pension which left him approximately $306 per fortnight after rent was paid. He also was in poor health.

Alternatively, the wife was 65, in good health, lived on her own property and lived modestly but comfortably. The Court considered the wife’s future comfort in coming to its decision.

The relationship between the deceased and the son was limited and there was very little contact; however, the Court determined that the deceased ought to have made provision for his son given all the circumstances of the case, as it would be something the community as a whole would expect.

An order for the son to be paid from the Estate was made by the Court.

When a man died, he left all his assets to his closest relative – a distant cousin

The deceased’s former wife sought to make a claim on his estate. The couple had divorced many years before his death. In their property settlement, made under the Family Law Act, each party agreed that they would have no further claim on the estate of the other. The ex-wife however, brought her claim under another piece of legislation, the Family Provision Act.

Turner Freeman defended the executor of the will against the former wife’s claim. Our argument was that she had released the deceased from any claim under the terms of the settlement. The court held that she could not make a claim on the man’s estate. The decision was upheld on appeal, and the executor won a costs order against her.