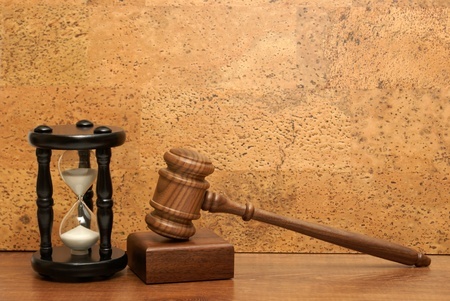 Recently the Supreme Court was asked to make a decision about a claim for family provision that was brought by a step-daughter against her late step-father’s estate.

The claim was brought about 8 years after the time limit to bring a claim had expired. This meant the Court was required to examine the laws applicable as at the date of death which are different to the laws in operation now. The Court also needed to consider whether the time limit should be extended to allow the step-daughter to proceed with her claim ‘out of time’.

The deceased died in 2005 meaning the laws applicable to any claim for family provision are to be found in the Family Provision Act (NSW) 1982 (‘the FPA Act’). The FPA Act was repealed and the new replacement provisions of Chapter 3 of the Succession Act (NSW) 2006 came into force on 1 March 2009.

In certain cases, the time limits may be extended by the NSW Supreme Court. The 4 general questions to be considered when determining whether to extend the time limit are:

The dispute in this case centred around a property that had been in the family for many years. It was the principal asset of the estate. The beneficiary of the property under the deceased’s last will, the defendant, was the biological daughter of the deceased and the claimant’s half-sister.

The half-sisters were raised together in the property and the family relationships were harmonious up until this dispute ended up before the Court.

In brief, the defendant had contributed to improvements to the house and had lived in the property for almost all of her life. She also owned 1/3rd of the property after paying out a loan taken out to improve the property by the deceased in 1992.

The deceased lived with and was cared for in the house by the defendant up until his death in 2005.

The claimant maintained that she had always been told she was to receive half the property after another property she was to inherit had to be sold during tough times for the family. The defendant did not share this view and was surprised when the claimant first asked when the house would be sold via a facebook comment in late 2013.

After reviewing all of the evidence, the Court was not convinced that there was a genuine expectation held by the claimant that the house would be sold or that she would receive an interest in the property. Part of the reason for this was that in the 8 or so years since her step-father had died, the claimant had not once raised the matter until the comments were made on facebook in late 2013.

Turning to the four general questions above, the Court found:

The judge dismissed the application and ordered the claimant to pay the defendant’s legal costs.

There are a number of lessons that can be learned from this judgment. The first is that you should not delay or allow time to pass without making prudent enquiries to understand your rights and options. The second is that you should seek experienced legal advice when you have a legal problem. Had the claimant made enquiries with a solicitor shortly after the deceased’s death, the outcome might have been very different for her.

If you are a beneficiary, an executor, or you have been inadequately provided for in will, we encourage you to contact Turner Freeman Lawyers without delay so you may understand your rights.

Undue influence and unconscionable conduct alleged against son
Informal wills can be probated, but at what cost?